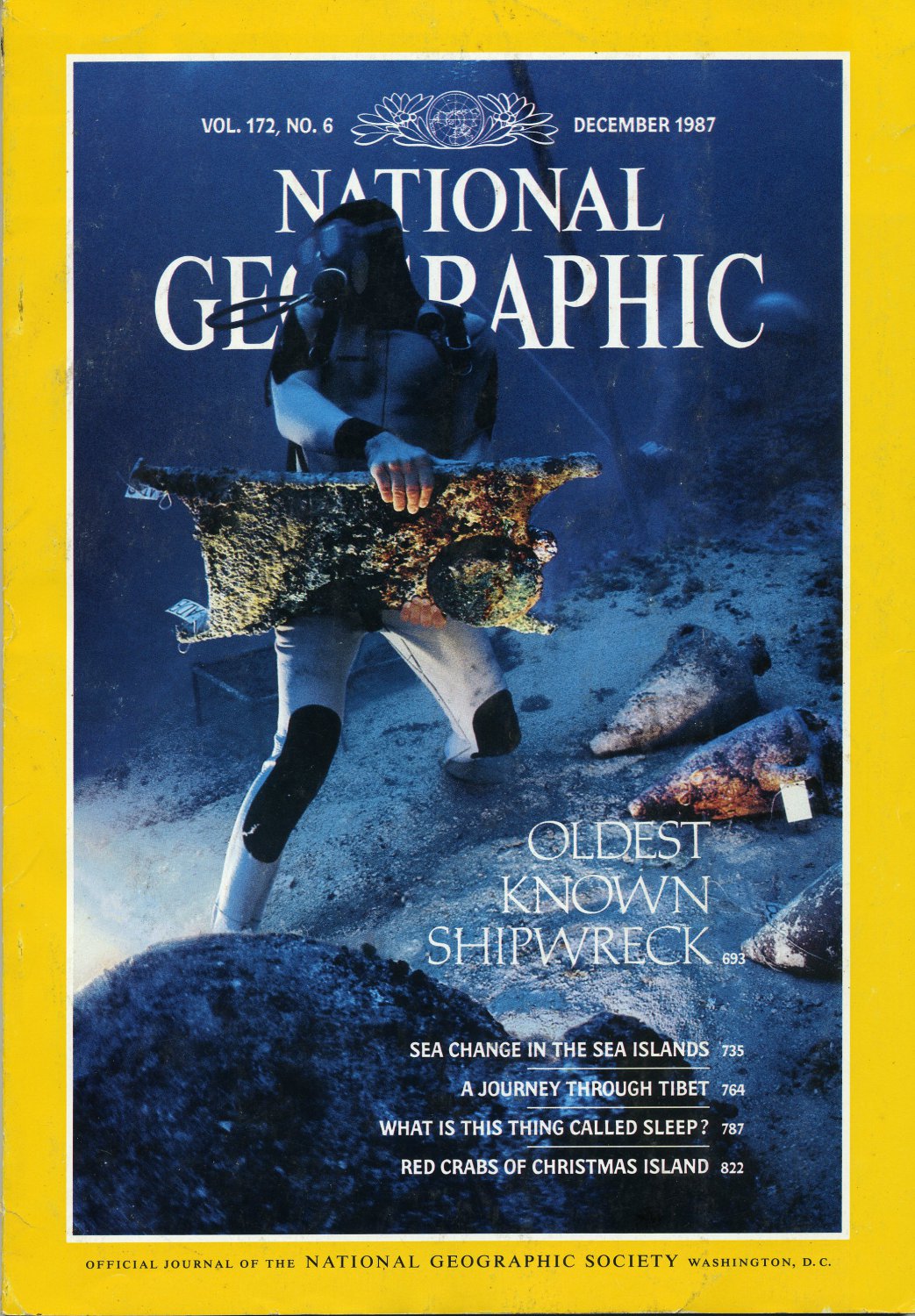 It is an ordinary working day for the excavation team, who have been working on a shipwreck, at depths between 45 and 62 m, off of southern seashores in Turkish waters... the wreckage they have been working on is the oldest known to date; it dates to circa 3,300 years before today. The excavation team has special guests for this special occasion: the National Geographic team is working with the archaeologists to introduce the oldest known shipwreck to the world at approximately 55 meters below the water surface.

The archaeologists have to make their underwater excavations as elaborate as they do in terrestrial excavations. Each find can only be removed after they are measured in detail and documented. Hence, they can dive deeper in the shipwreck’s cargo and discover a larger portion of its story. Measurements and documentation of one of the copper ingots, untouched for 3,300 years, is completed, and the ingot is removed by an underwater archaeologist. At that very moment, Bill Curtsinger, a National Geographic photographer, makes the shot and captures the negative in his camera. That very shot, made inside the oldest known shipwreck in the world, tens of meters below the surface of the sea, becomes the cover shot of the new issue.

I saw this December 1987 issue with that picture on its cover at a bibliopole approximately ten years later in İzmir. It was one of the most impressive magazine covers I had ever seen; today I feel the same way about that cover. It is one of the best magazine covers, particularly in the maritime archaeology field. My interest in a more specific area of archaeology started with that photograph. The visual foundations of the archaeology magazines where I started working as the editor was established back then with that issue...

The book in your hand has no intent to explain the history of maritime archaeology. It rather aims to touch people who made or witnessed that history; the people who spent efforts all together. In a way, it is the story of the people who support maritime archaeology, who obtain and deliver accurate information, display, exhibit, and tell it to the entire world... The book intends to deliver memories of people that you are going to see and hear in the following pages in their most genuine way.

This book, where I tried to show the points of views of the persons who contributed to this field either closely or remotely, improving and changing conditions after the story of the heroes who started it in 1960 in Anatolian waters, is the fleshed-out idea that started flourishing eight years ago... An oral history of a scientific field that sheds light on the history with written documents, and objects is, now, at your fingertips after three years of fieldwork.

Here you will see again, that the most important richness of this geography that the Fisherman of Halicarnassus addressed as “ey koca yurt” (oh great country!), is the people it keeps in its heart; and you will also witness how some beautiful non-local people also spent a huge effort to illuminate our cultural heritage, and their stories, and most important of all why archaeology was established in the first place.

Archaeology is a scientific field, which is usually associated with the soil, however, now I present you the oral history of maritime archaeology; and now the stage belongs to the water...